FastLoad as name suggest can load vast amounts of data from flat files from a host into empty tables in Teradata with lightning-like speed. FastLoad was developed to loads millions of record into Empty Teradata tables. In my earlier post i have briefly explained about the most used Teradata Data Loading Utilities Features, Uses and Best Practices. Now i am going to explain detail post about Fastload utility which is very simple but very powerful if there is requirement to just load the data in an empty Teradata table.

Fastload is a command line utility through which you can load data from Disk on a channel attached system,Flat files on a network attached system and also from any source which is properly formatted. FastLoad typically offers higher performance levels than a standard application program written to load data to an empty table because data allocation, conversion, movement, and loading are automatic and performed in parallel. Also as Fastload does not use Transient Journal while loading the data, so faster the speed. Fastload is only used for Inserting the data, it cannot be used for any other DML operation.

A typical Fastload script consist Fastload commands and Teradata SQL statement, out of which Fastload commands provide the session control and data handling specifications for the data load operations, and Teradata SQL statements perform the actual data load functions on the Teradata Tables. Using a single Fastload script you can load a single table only, so to load multiple table you need to submit multiple fastload jobs, one for each table.

Fastload support automatic data conversion and can convert appropriate data type according to the definition of the destination table. The FastLoad can convert data as the following rules

Batch Mode:- In batch mode, FastLoad uses > and < to redirect the standard output / input streams.
To invoke FastLoad in batch mode, use the command below (for Microsoft Windows):
c:\teradata\bin\fastload [options] < infile > outfile

Here, the infile is a Teradata FastLoad job script file which includes all the required FastLoad commands and Teradata SQL statements, whereas the outfile is the FastLoad output stream file.

Phase 1- Acquisition Phase:- The primary function of Phase 1 is to transfer data from the host computer to the Access Module Processors (AMPs) as quickly as possible. Much like a post office package being first sent to a shipping hub in a seemingly unrelated city and then, from that hub it is sent to the destination city.

Phase 2- Application Phase:- Phase 2 can be compared to preparing the package for arrival at the destination city, it must first be sorted by street and zip code, placed onto local trucks and be driven to their final, local destinations. Similarly, FastLoad’s Phase 2 is mission critical for getting every row of data to its final address (i.e., where it will be stored on disk).

Empty Table :- Fastload can be used to load only empty tables and due to that there should not be any record prior to running the fastload script.If the table is not empty then fastload will pause and show the error.

Error Table :- Fastload requires two error tables to catch any error which happens during execution, if we don’t create error tables then this utility automatically create two tables with below names

Second error table captures error related to Unique Primary Index. Suppose the table which you are loading has UPI defined and your source file contains duplicates data then those record will be moved into UV table.

This script is will INSERT data into an empty Teradata table called TEST_FL. This table exists in the database DEV.
FastLoad will first logon, then it will build the table structure (unless it already exists and is empty). After that it will begin loading, but it will always define two error tables. Here we just need to give two error table names, Fastload will automatically create the structure.
If everything works fine then the INSERT is performed and we are done. Fastload will automatically drop the error tables once load is successful.
Fastload script with explanation given in comment

I have given very simple script though which you can understand the loading process and how fastload script works.

I have tried to give a quick explanation about Teradata FastLoad utility. Please feel free to share the post and also give your opinion and feedback in the comment. 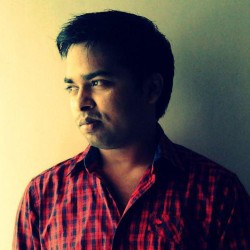