Creating an exceptional UX with IoT

Last year Internet of Things (IOT) took a vow that smart devices will work together faultlessly to do everything from brewing coffee to setting the speed on your car. Unfortunately, this isn’t reality! IoT is still evolving, and users are still adjusting to the idea of fully connected devices. As a result, we are completely lost. Designing for IoT comes with a bunch of challenges which are new to designers.

The major factors go into creating an exceptional UX in the IoT are:

The Internet of things bears a significant challenge in UX because the hardware is the user experience. The sensors, processors and the communicators determine its purpose and how the user can interact with the same. If a device doesn’t have suitable sensors, no beautiful design or software can save it. In many cases, software compatibility also plays a role in hardware choice.
Therefore, it is important for every developer to understand the needs of their audience. They must focus which operating system does their user prefer and the type of smart home experience they are expecting. Ask yourself questions like: What kind of data is required? How to communicate with it? Whether the devices are using Wi-Fi, Ethernet or phone network?

One major argument which often takes within the application is to launch some smart device which can compel a user to adopt it at the right time. IoT refers to the removal of dumb versions, which are already a part of user’s life. Fitness Tracker is the best example of it. Such applications simply act as ways to read the data that’s being collected. It provides a clear data which is concise, and easy to read. If user faces difficulty in completing the basic tasks which they can easily do with their simple devices, then the UI of the application is a total failure.

Practically, consumer-facing devices should be lightning-fast. LTE is gaining immense importance in U.S. In fact, other parts of the world have also started to adopt different quick solutions, such as HSPA+ or even WiMAX. The developers should support such various network possibilities, to get an effective and accessible solutions. For example, a smart car system may need LTE or HSPA. While Wi-Fi, tablets or phones to communicate with the outside world.

UX Should Be a Priority

The IoT challenges the UX planet immensely because nearly every aspect of a product directly affects it. These products are a part of user’s homes, cars, etc. It is quite evident that even if one faces any problem regarding any of these products, it ruins the experience altogether.

With the following points a designer can create the best UX for products:

A designer should elect to work on tools early that can allow them to remain flexible as it is a bit difficult to work on different devices and programming languages. Selecting tools at the right time may help the developer to stay flexible as customer’s need changes.

There are several data protocol options, e.g., TCP, UDP, etc.. Developers should determine which option is best for their app and business model.

Security is justifiable, so developers should design with top most security.

Try to make something best out of your creativity. People are always interested in new ideas and innovative ways. iPhone would be just another smartphone if it weren’t for the applications.

While we think about IoT, we only think about network, data, security, connectivity, analytics, etc. But we forget how the user will interact with IoT devices. It is estimated that in future 56% of IoT devices will include traditional inputs such as keyboards, 97% of devices will accept non-traditional inputs such as sensors or GPS, and 37% will use non-traditional ways. So designers will face a massive challenge to give a flawless user experience on all these devices. 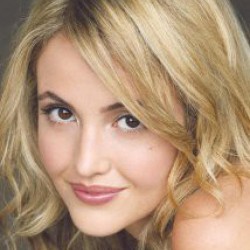 Ella Cooper works in a leading web development company as a programmer. Apart from programming she has a penchant for writing and thus she shares her development experience through blogging.

Latest posts by ellacooperxt16 (see all)