With smartphone app creation becoming one of the fastest growing phenomenons in the current year, more and more developers are getting engaged in development of applications for numerous mobile operating systems such as Android, iOS, BlackBerry and Windows Phone. With an easy access to a wide variety of app building platforms, these developers have found their way out to creating beautiful yet functionally-rich mobile applications. The latest to join the group of best iOS app building platforms is AppArchitect. To learn more about this iOS app building platform, keep on reading this post as I’d be revealing some of the best assets of AppArchitect for all those who want to delve into the world of iOS app development.

AppArchitect- How did it all started?

Hmmm…the very basic idea for AppArchitect got initiated at the TechCrunch Disrupt Hackathon in the year 2011. It was then that the first lines of code were written for AppArchitect. After this, AppArchitect went through the DreamIt Ventures accelerator, followed by raising a total revenue of $325,000 from Actinic Ventures, DreamIt Ventures, BHV and angel investors. With the app creation industry undergoing a revolution, services such as Yapp and Appy Couple have been focusing on niche areas such as events and weddings. Likewise, there is Kleverbeast which allows app developers to use similar drag and drop tools for building a wide variety of personal apps within a short duration of time.

Who doesn’t want easy app creation? I’m sure each one of you reading this post would always be on a hunt for the finest mobile app creation tools that can pace up the app building process and eliminate complex coding and use of templates. Well, with AppArchitect around, you can expect to come up with tentalizing iOS Applications, without the need for doing any complex coding or using a variety of templates. AppArchitect allows you to build custom iPhone and iPad applications with the help of a simple drag-and-drop interface. That means, for using AppArchitect, you need zero coding experience in order to come up with brilliant iPhone apps.

AppArchitect- What the co-founder has to say about it?

Well, as per AppArchitect’s co-founder IIlya Zatulovskly, the platform stands out from the crowd of mobile app development platforms available in the market. With this handy tool, you can enjoy the freedom of expanding your creativity when it comes to designing an app for the iOS powered devices. Zatulovskly also adds that AppArchitect is a fully extendable platform with each plugin written using the Objective C programming language and every other feature requirement implemented via the AppArchitect SDK.

In order to use AppArchitect for building iOS apps, firstly you need to create an account using your authentic and active email address. Post Account creation, when you login to the AppArchitect system, you’ll be asked to choose between development of an iPhone app or an iPad app. From hereon, you can directly head to the AppArchitect dashboard where you’ll find tabs including Screens tab, Library tab and a Properties tab. You can customize the look and feel of the yet-to-be-developed iOS app using the options provided within these tabs. There are options that allow you to drag and drop backgrounds, add texts, links, images and maps. Now that you’re done with building the iOS app, you can choose to test and review the same prior to submitting it to the App Store for approval. AppArchitect makes app building as easy as using PowerPoint. You can build, test and distribute iOS apps in an easy and flexible manner.

Recently, AppArchitect has announced the ability to automatically generate and download one’s own binary. As a much requested feature from users with their individual Apple Developer Accounts, Binary Download has been a result of the Xcode5 release that has changed the entire compilation scenario. With an all-automated build system, AppArchitect has made the lives of iOS App developers much more simple and comfortable.

As a DIY approach to creating marvelous applications, AppArchitect is for everyone who wants to build a mobile application. There is a wide group of design agencies and advertising firms which have already employed developers for building apps using the AppArchitect mobile app building platform. AppArchitect serves as a handy option for moms, small restaurant owners and small-scale businesses who are looking for getting into the mobile app world with the key goal of finding a niche for themselves.

No matter what type of response is being received for AppArchitect, the company’s co-founder Zatulovskly and the entire team is hoping to couple its years of experience with the knowledge gained at DreamIt, to raise yet another whopping round of capital and encourage developers to continue building remarkable apps using AppArchitect. 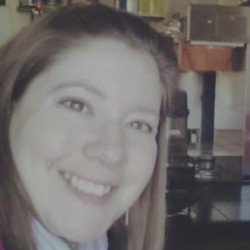 luciekruger
Lucie Kruger is an eminent Senior Content Editor and IT consultant for Mobiers Ltd, which offers high quality Mobile Apps Development Services . You can also contact her, if you are looking forward to Hire Android Application Developer.

Latest posts by luciekruger (see all)